W. Bowers is a family business founded in 1945 by Billie and Josephine Bowers. It has been painstakingly built on trust and traditional values together with a modern approach. On offering warmth and sensitivity when most needed. On providing total support and a complete service. Each stage in harmony with the next. A devotion to detail, proving again and again that we can make the most suitable arrangements for you quickly, quietly and without fuss to celebrate the life of your loved one.

Roger, son of founders Billie and Josephine Bowers continues his parents' legacy as a partner of W. Bowers. His decades of knowledge and experience are an inspiration to us all.

Together with Roger, Stephen Hassell is a partner in W. Bowers. Stephen is the office manager and in charge of the day to day running of the company. Stephen is based at our Hampsthwaite office.

Born in Darlington, attended Harrogate College in 1984 and continues to live in Harrogate. Andrea has had many years of experience of working with members of the public and now makes a difference with her caring approach as our Funeral Consultant/Funeral Director to do what she loves best, helping people at their time of need.

Joshua was born in a small village just outside Birmingham. He moved to Harrogate in 2016 after working for a long running and extremely busy funeral directors in Kidderminster which gave him experience in every aspect of the funeral industry. Joshua came to W. Bowers as a Funeral Co-ordinator he is now a Funeral Director who prides himself on his caring, dignified and professional approach to help families through what can be the most difficult time in their life.

James Smithson was born in Harrogate and attended King James school. He has grown up with interests in history and the funeral industry, regularly reading and learning about different cultures, practices and beliefs surrounding death from around the world. You can rest assured knowing he takes the utmost pride in his work, making sure these tough times run as smoothly and with as much dignity as possible for everyone involved.

Having previously worked as a Healthcare Support Worker at Harrogate Hospital, Amy brings her valuable experience of working with families during difficult times to her current role as a Funeral Director at W. Bowers. 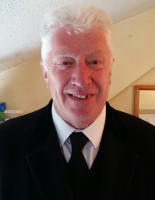 David joined W. Bowers in 2006 and worked for us as a Funeral Co-ordinator and Fleet Manager. Sadly David passed away in 2020 but his memory will always remain part of W. Bowers as we remember his kindness, his thoughtful gentle nature with those in his care, and all those times he made us smile. 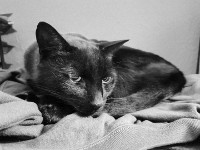 For many years Winston was an integral part of the Bowers team, bringing comfort, cuddles and a big miaow to all at Bowers and those who visited. He will be greatly missed.

As a member of the trade body for independent funeral directors (SAIF) we follow an industry leading code of practice and are regularly inspected.

Thanks to OS Templates